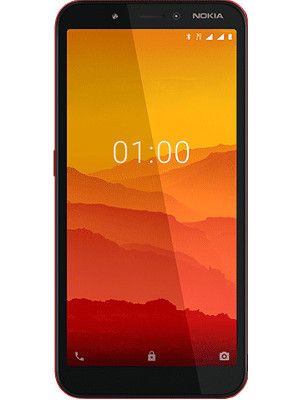 The Design and Display

The Nokia C1 features a very basic design with no bells and whistles. Its design speaks so much of the fact that its a low-end mobile phone.

It has an all-plastic build with hardened glass upfront.

On the rear of the Nokia C1, there is a single camera with a camera flash, and also the Nokia logo which indicates its a Nokia smartphone.

Upfront on the Nokia C1, there is a 5.45-inch display, with a screen resolution of 480 x 960 and a screen density of 197 ppi. This display is surrounded by big bezels. The top bezel is home to a front-facing camera, camera flash, earpiece, and Nokia logo.

Colour options for the Nokia C1 are quite limited, something that may end up being a dilemma for some. The smartphone comes in black and red.

The camera department is pretty subtle, something you might expect since its a low budget smartphone as described in the introductory paragraph.

It features a single 5MP rear camera, with an aperture of f/2.4. This camera lets you take photos in HDR. Videos recording here is maxed at 720p at 30fps.

Its selfie camera is also a 5MP camera. This camera is supported by a front-facing flash. Video recording on this camera is maxed at 720p at 30fps.

The Nokia C1 is packed with specs that will only favor basic tasks. Being a low-cost smartphone that it is, it features low-cost specs that enable it to fit into the low budget category.

Nokia didn’t disclose the kind of processor the Nokia C1 features. The only information we know about the processor is that its a quad-core camera and it is clocked at 1.3GHz.

It features a 1GB RAM, 16GB of internal storage with support for up to 64GB memory expansion via Micro-SD. It also features a non-removable 2,500mAh battery.

For software, the Nokia C1 runs its user interface on top of the Android 9 (Go edition) operating system.

Internet connectivity on the Nokia C1 is capped at 3G.