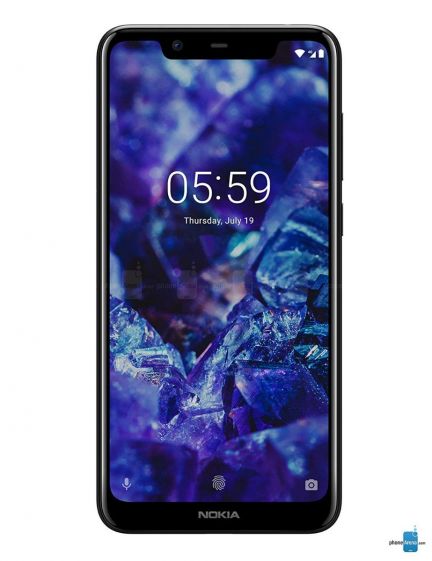 Be the first to review this product
SKU
Nokia 5.1 Plus Dual Sim (3GB, 32GB)
Out of stock
Add to Wish List Add to Compare

Buy Nokia 5.1 Plus Online in Nigeria at Just Fones

Both smartphones share the same outlook, talking about the Nokia 5.1 Plus and 6.1 Plus. Facing you is a notch with a large screen estate and bottom bezel with Nokia inscribed on it.

On the other end, the dual camera is arranged in a similar manner as in the 6.1 Plus centrally at the upper part with an ideally placed fingerprint sensor under. Overall, the build appears to be solid and uniform covered with glass on both sides but has a plastic frame.

The screen is notched which is the first to get your attention as well as the thin bezels and the extent to which the screen covers the front porch. Although, it is nothing spectacular yet it does look quite beautiful still. Sporting a display size of 5.84-inch and a resolution of 1520 x 720 pixels it is inferior to what you have on the Nokia 6.1 Plus.

The capacity remains the same which is small but hopefully, with the low-resolution display, it’ll last a bit longer. Labelled with a 3, 060mAh capacity, the smartphone only has about an average usage time at best. On the upside, there is a USB Type-C port and fast charging available.

In the area of photography, the smartphone continues the trend of dual rear camera with a 13MP and 5MP camera duo. Dual camera or not, this is a significant downgrade from what you have on the Nokia 6.1 Plus including the 8MP camera featured by the smartphone.

For the Nokia 5.1 Plus, there is a change in chipset and not just that, it is now from a different tech company – MediaTek. The smartphone is powered by MediaTek’s new mid-range chipset, the Helio P60 which has been hyped to be quite a performer. You also get to work with the Mali-G72 MP3 GPU taking on graphics.

This is one of those smartphones that has two models varying in RAM and storage. For the Nokia 5.1 Plus, there is a 3GB RAM paired with 32GB internal storage option and another with 4GB RAM, 64GB storage space. Being an international version, it will have Android One inside.