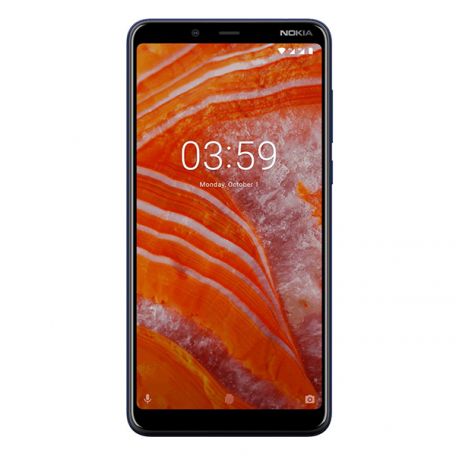 Be the first to review this product
SKU
Nokia 3.1 Plus Dual Sim (2GB, 16GB)
Out of stock
Add to Wish List Add to Compare

Buy Nokia 3.1 Plus Online in Nigeria at Just Fones

It has barely been half a year since HMD Global launched the Nokia 3.1 along side the Nokia 2.1 and Nokia 5.1. Our review of the unit left us a bit conflicted. On the one hand, the device was good enough for a budget smartphone and its Android One software is better than even what some high-end models have. And yet we felt it could also be so much more. That “more” has arrived in the Nokia 3.1 Plus and it addresses the pain points of the non-Plus model.

Truth be told, HMD could have slapped on a completely different name for the Nokia 3.1 Plus and none would be wiser. There is almost no resemblance with the Nokia 3.1 that any connection between the two is superficial at best. In other words, it’s the Plus version of the Nokia 3.1 only because HMD said so, nothing more.

So what has changed? Well, almost everything. We mentioned how small the phone was, which led to a small display. That display now spans 6.0 inches, though it still retains the 1440×720 18:9 resolution. It means pixels are less packed now but, hey, people want bigger screens, regardless.

The camera on the back now comes in two. The 13 megapixel f/2.0 AF sensor is joined by a 5 megapixel f/2.4 depth sensor. That means bokehs galore. And below it is a fingerprint scanner, something that was also missing from the Nokia 3.1. And the battery jumps to a 3,500 mAh pack.

There are also smaller changes, like the upgrade to a MediaTek MT6762 Helio P22. There will be options of 2 or 3 GB of RAM and 16 or 32 GB of storage. And, of course, there’s still the mostly unblemished Android One.